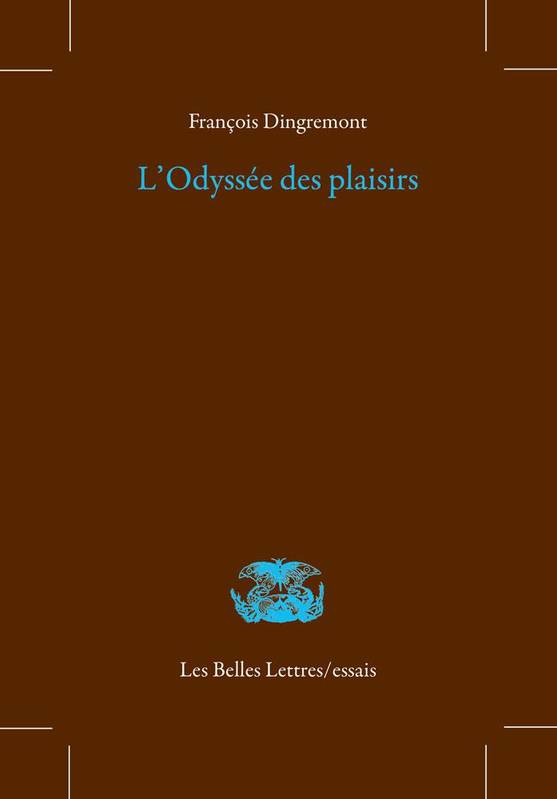 In the classical tradition, Ulysses is an independent and inventive character, an ideal of humanity, entirely resolved to achieve his mission and self-perfection. In this light, the trials he endures are merely the instruments of an enlightening philosophical message. But this classical reading leaves in the shade all the “anthropological material” which the Odyssey turns into an epic, namely, the ambivalent relationship of human beings to pleasure. For the Odyssey is indeed an epic of pleasures. Ulysses’ accomplishment is not based on rational choices guided by self-control and mastering of others. Complex and elusive, Ulysses achieves his ends because he relies on the effects of his narratives. He is efficient because he has charisma and takes an immoderate pleasure in using it. With its cultural richness, the Odyssey contradicts the idea, deeply rooted in Western thought, according to which pleasure can only be assimilated to self-concern. In the Odyssey, pleasure can come from the dangerous carelessness provided by oblivion (the Sirens), from listening to advice and following them (Circe), from surrendering to a trial (Penelope’s acknowledgments), from physical and intellectual confusion. This disorientation caused by pleasure can be destructive. For Ulysses, it is also the possibility to increase his intelligence by meeting beings and exploring places he cannot control.
With its huge anthropological signifiance, this essay questions the concept efficiency in a changing and unpredictable universe. It highlights different aspects of classical thought neglected by Humanities scholars, such as the link between intelligence and pleasure, the relation to alterity, or the desire for each of us to feed our existence with words, narratives, and fiction.

Qualified in the area of Aesthetic and Religious Anthropology, François Dingremont specialised in Greek epics which he analyses in all their dimensions (anthropological, philosophical, religious and literary). He published about fifteen articles in several journals and held a fellowship at the Nantes Institute for Advanced Studies in 2016-2017. He is in charge of the seminar “General Anthropology and Philosophy” at the Écoles de Hautes études en Sciences Sociales (EHESS) and teaches at the National Institute of Expression, Creation and Art Therapy (INECAT).