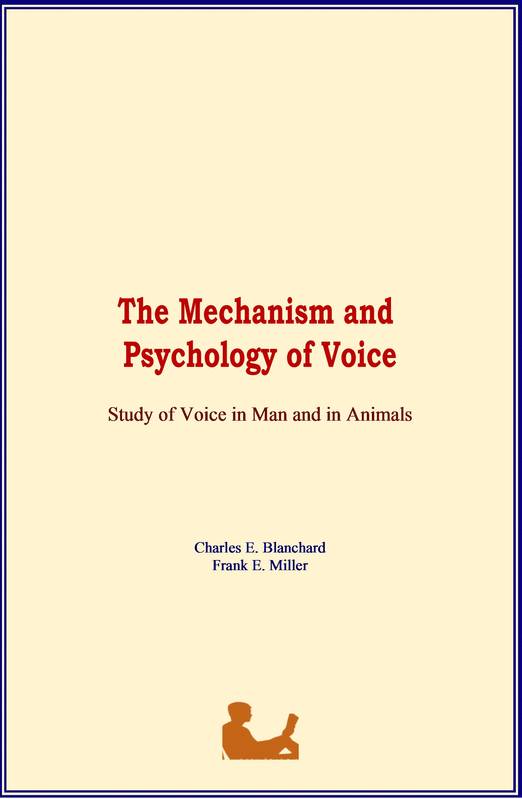 The Mechanism and Psychology of Voice

The Mechanism and Psychology of Voice

Study of Voice in Man and in Animals

Man possesses language, and makes large use of it, while, on the other hand,
not even the most intelligent animals have the power of designating objects,
or of translating sensations into articulate speech. In this respect the
distinction between man and beast is very marked. It has at all times been
cited as an evidence of man's exceptional place in Nature. The physiologist,
however, discovers an articulate voice in many animals. Some mammals give
utterance to vowels and consonants, but the result is only one syllable
repeated without variation. Birds, better gifted than the mammals, can sing,
and also possess a brief vocabulary: the goldfinch pronounces several words,
which it repeats again and again in moments of pleasure. It has a word to
express its ill-humor, as also a word for calling attention. In all this we
see faint traces of language, notable witnesses of the unity of a phenomenon
the gradations of which are wanting ...

_Pitch_ depends upon the _frequency_ of vibrations. The more rapid the
vibrations, the higher the pitch.

_Loudness_ is determined by the _amplitude_ of the vibrations. As their
length or "excursion" increases, so does the sound gain in loudness.
Conversely, the diminution in the size of vibrations causes corresponding
decrease of loudness.

After voice has originated within the restricted limits of the larynx, its
power, its carrying quality is much augmented by the sympathetic vibrations
within the resonance cavities above the larynx. These include the pharynx,
nasal passages, mouth, bone cavities of the face—in fact pretty much every
hollow space in the head, every space that will resound in response to
vibration and assist in multiplying it. Moreover, the cavities of resonance by
their differences in shape in different individuals determine the timbre or
quality of individual voices. The chest, although situated below the larynx,
is a resonance cavity of voice. In fact, in a certain register its vibration
is felt so distinctly that we speak of these notes as being sung in the "chest
register," which, so far as it implies that the tones are produced in the
chest, is a misnomer. The same is true of "head register," in which vibration
is felt in the head where, however, it is needless to say, the "head tones" do
not originate.
S'identifier pour envoyer des commentaires.